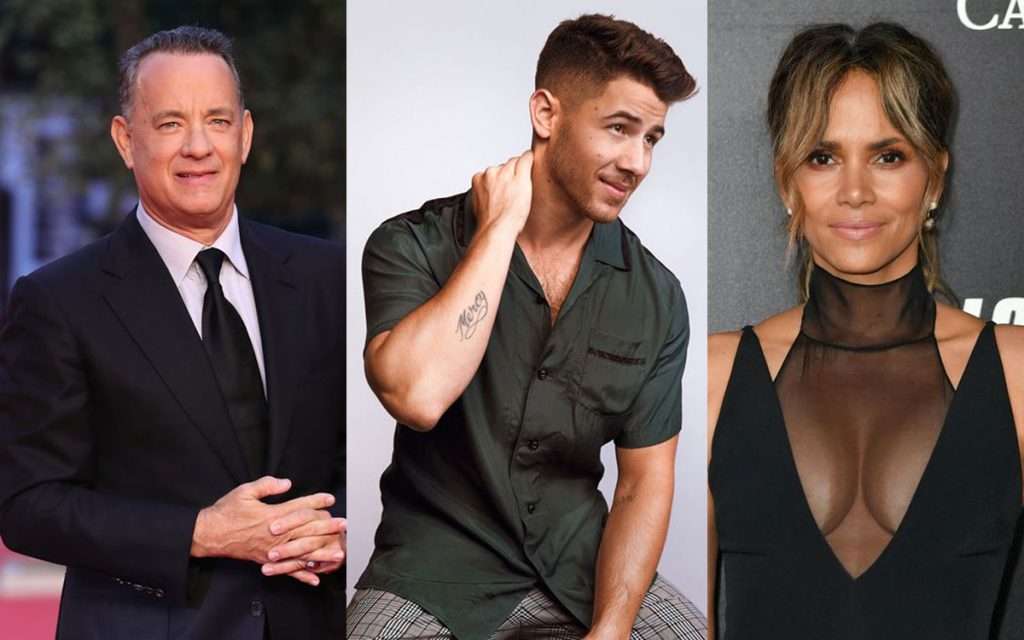 On David Letterman, Tom Hanks announced he has type 2 diabetes. Hank responded when asked about his slim figure that he was diagnosed by his doctor.

The Oscar-winner suggested his yo-yo dieting form movie roles may have been a contributing factor from one source but has also suggested he was genetically inclined.

“I went to the doctor and he said, ‘You know those high blood sugar numbers you’ve been dealing with since you were 36? Well, you’ve graduated. You’ve got type 2 diabetes, young man.'” Hanks added that the condition is controllable, but he joked that he couldn’t get back down to his high-school weight of 96 pounds. “I was a very skinny boy!”

The Academy Award-winning actress was initially diagnosed in 1989 after feeling fatigued and had reportedly passed out while filming the TV show “Living Dolls”.

She was eventually diagnosed with having type 1 diabetes. Berry was initially petrified thinking she was going to die. However later viewed it as a life-changing outlook on life.

When back from the hospital Berry immediately changed her diet with one that included fresh fruits and vegetables, chicken, fish and eliminated sugars. In addition, she practices yoga and has a personal trainer.

She is also a big advocate for the ketogenic diet. Despite her diabetes evolving into type 2 diabetes, she claims she does not require insulin medication.

In 2005, she told the Daily Mail “Diabetes turned out to be a gift, it gave me strength and toughness because I had to face reality, no matter how uncomfortable or painful it was.”

The producer, musician and former judge of American Idol was diagnosed with having type 2 diabetes in his mid-40’s.

“When I found out that I had type 2 diabetes, I was like, ‘Wow,’ I have a serious disease. It not only had a physical, but also an emotional impact on me,” Jackson told NIH Medicine Plus in 2008. “It was hard to change my eating habits because food for me is emotional — I often found comfort in eating food that happened to be unhealthy.”

He believes that he was genetically inclined as it runs in his family and is a prevalent disease among African-Americans.

His doctor developed a nutrition plan and fitness program to help him gain control of his blood glucose levels. In 2004, Randy underwent gastric bypass surgery which helped him shed 100+ pounds.

Randy believes that through proper health and nutrition, type 2 diabetes can be managed. He is now active and practices yoga and exercises on a treadmill regularly.

The famous American television and talk show host was first diagnosed with type 2 diabetes in 1995 after surviving a heart attack and bypass surgery eight years earlier.

King has since lost a considerable amount of weight, lived a healthier lifestyle by quitting smoking, eating good food and exercising regularly.

His three rules involve eating what you love, keeping exercise fun and being an exemplary patient.

“Good information is readily available. Take advantage of that. The more you know, the better off you are.”

In 2007, Singer Nick Jonas went public about his type 1 diabetes. He stated that he was experiencing symptoms of deep thirst and weight loss. His blood sugar levels were also extremely high.

He was originally diagnosed with diabetes at the young age of 13. He was at one point hospitalized where he learned to manage his condition

He has been a role model in the diabetes community as a representative of young people with diabetes and ambassador for Bayer Diabetes Care. Jonas has also written a book called “A Little Bit Longer” to inspire young diabetics to live life to the fullest.

“full control of my day to day life with this disease, and I’m so grateful to my family and loved ones who have helped me every step of the way. Never let anything hold you back from living your best life.”

Bret Michael Sychak, otherwise known as Bret Michael’s professionally, is famous for being the lead singer of the band Poison.

His band usually has two breaks built into their sets so Michael’s can check his blood sugar levels off-stage. He normally keeps a supply of Gatorade and orange juice nearby in case his sugar levels drop too low.

At the young age of 6, Brett was diagnosed with type 1 diabetes.

He has been taking insulin injections daily. In 2010, he suffered a brain hemorrhage yet still won TV’s Celebrity Apprentice.

Michael’s has pledged his $250K prize to the Americans Diabetes Association.

“My challenge was brought on early because I had no choice,” the Poison lead singer told Yahoo Lifestyle. “And in some great way it really helped me step up to the plate.” 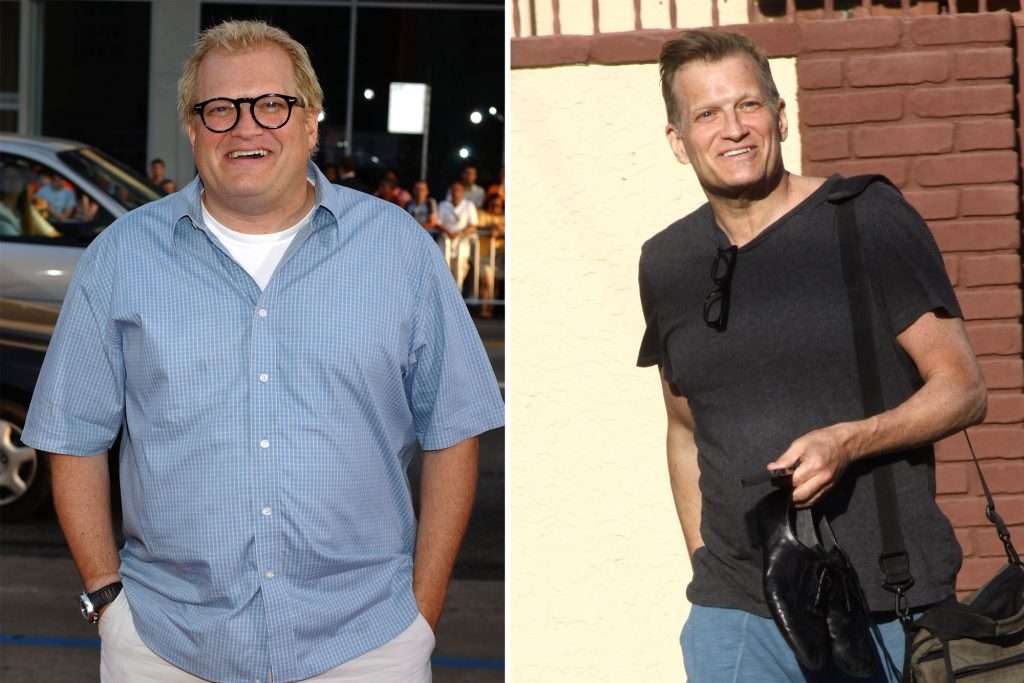 The sitcom star and host of “The Price is Right” was diagnosed with type 2 diabetes but eventually grew tired of the health problems and extra weight.

While filming “The Drew Carey Show”, comedian Drew Carey told Parade that he was drinking excessively and eating “a lot of garbage”.

Carey has lost over 80 pounds since then and has completely changed his lifestyle and claims to have reversed his diabetes which has gone into remission. He no longer needs medication.

His secret? No carbs.

“..basically no carbs, not even a cracker. No bread at all. No pizza, nothing. No corn, no beans, no starches of any kind. Egg whites in the morning or like, Greek yogurt, cut some fruit.”

In addition to a carb-free diet, he only drinks water.

Famous for his roles in Goodfellas and Law & Order, Sorvino was diagnosed of having type 2 diabetes in 2006 after experiencing symptoms of severe fatigue and thirst.

The Italian-American questioned whether he could stay away from carbs which are a staple in Italian cuisine such as pasta, pizza and bread.

After his diabetes worsened, he decided to take control by changing his lifestyle to incorporate healthy eating, exercise in addition to daily insulin injections.

Sorvino now consumes a low-carb pasta and less sugar in his diet.

“I use the [insulin] pen,” he told Diabetes Forecast in 2011. “It’s extremely convenient. I don’t really have to worry too much about the day. When you’re on this type of a program, you can live a very healthy life. I’ve always exercised, but now I make sure I don’t go more than two days without exercise. I’ve had to make a big change in how I eat, and that’s OK. It’s not difficult for me to cook in a way that doesn’t injure me.”

He and his daughter Mira have become advocates for a diabetes awareness campaign called Diabetes Co-Stars which is backed by pharmaceutical company Sanofi-Avantis.

The Emmy Award-Winning American actress most known for her very own The Mary Tyler Moore Show and the Dick Van Dyke Show.

At the age of 30, Moore was hospitalized after a miscarriage. A routine blood test led to the discovery of her type 1 diabetes. Her sugar levels had reached 750.

She since learned to keep a loaded insulin syringe in her pocket at all times.

Moore become the International Chairman of the Juvenile Diabetes Research Foundation in an effort to raise funding for type 1 diabetes research.

She wrote a book called Growing Up Again: Life, Loves and Oh Yeah, Diabetes, which focused on her life with type 1 diabetes.

Moore described her diet as pescatarian that included plenty of vegetables and fish.

Pattie Labelle is a Grammy Award-Winning American soul singer and actress. She is well known for her for her song “Lady Marmalade”.

In 1995, she was diagnosed for type 2 diabetes after passing out on stage during a performance in New York City. A doctor later informed her that she was diabetic.

Her mother died from diabetes-related complications and with her diagnosis decided to take control of her condition with regular exercise & dieting.

Labelle has released cookbooks with diabetes-frendly recipes and her own line of sauces called Patti’s Good Life sauces.

She adopted a regular exercise routine and works out with a personal trainer when she is touring.

As a member of the American Diabetes Association Celebrity Cabinet and Glucerna’s Diabetes Freedom Campaign, Patti has been a role model in the diabetes community.