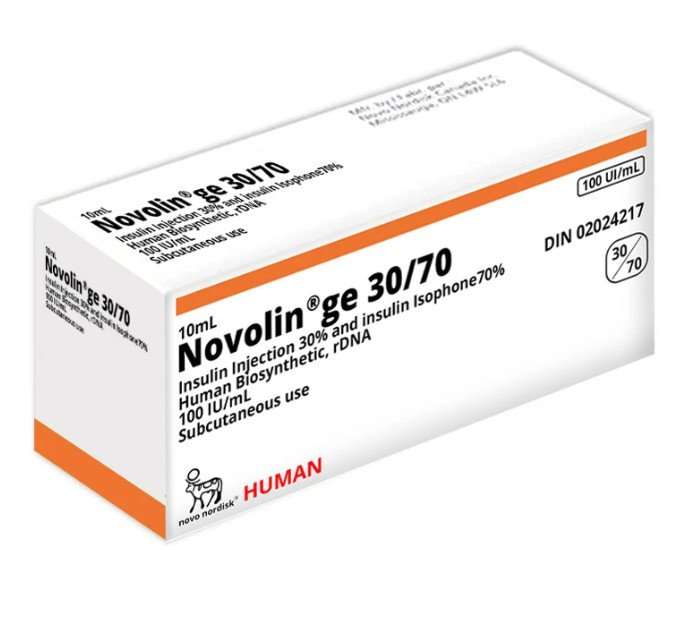 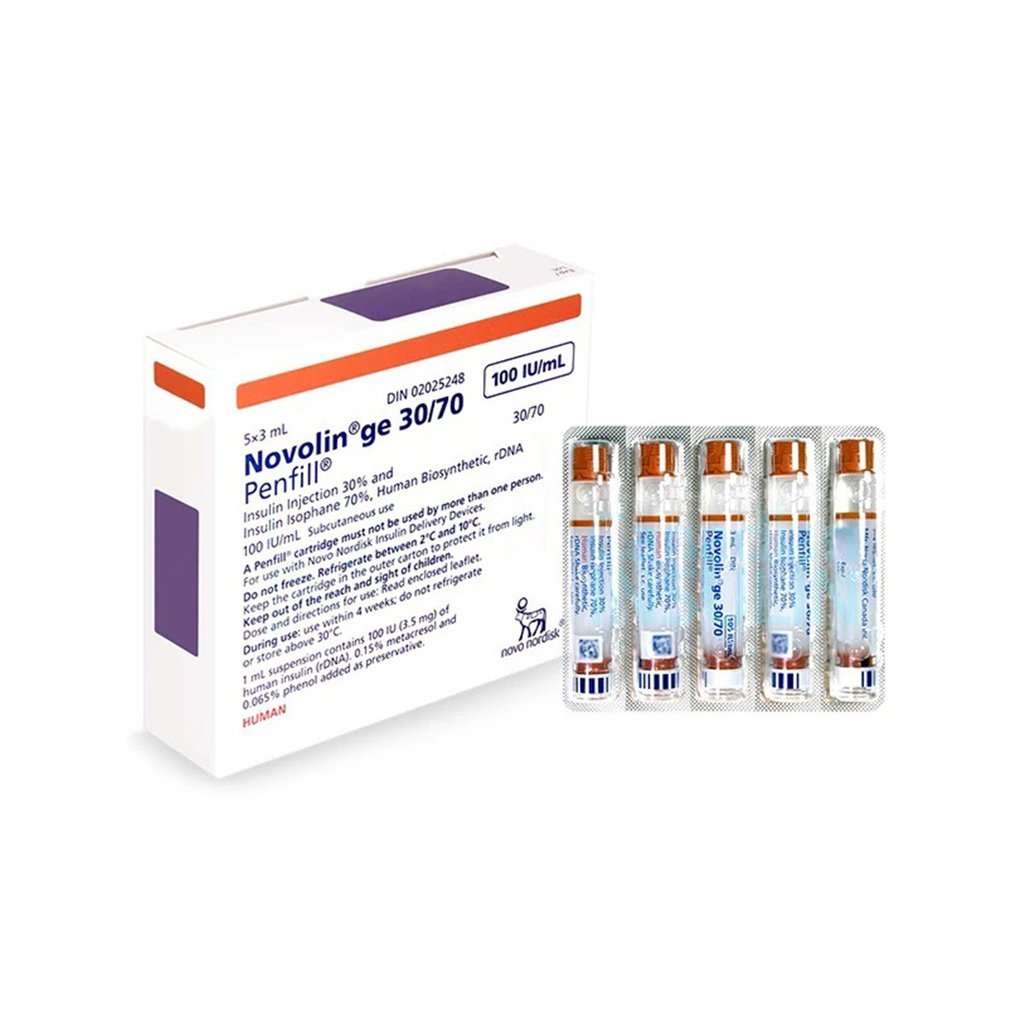 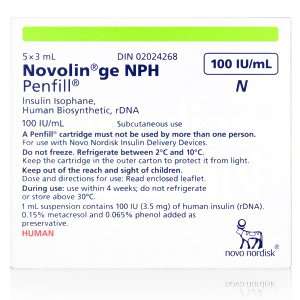 What is Novolin Insulin?

Novolin is an insulin brand by Novo Nordisk used to treat patients with type 1 and type 2 diabetes mellitus who don’t produce any or enough insulin to manage their blood sugar (glucose) levels.

It contains three distinct insulin-containing products that include the following in addition to several mixtures:

Novolin N is a man-made insulin NPH (recombinant DNA origin) that is structurally identical to insulin produced in the human body.

This intermediate-acting insulin that can last longer in the body than natural insulin that starts to work within 2-4 hours after injection, peaksin 4-12 hours and continues to work between 12-18 hours.

It is taken by injection under the skin to help those with diabetes control high blood sugar levels.

Insulin R or insulin regular is commonly used in combination with exercise and a proper diet for diabetics to better manage blood sugar levels. By properly glycemic control, patients can avoid diabetes complications.

This man-made insulin is the same as human insulin as it supplements the insulin your body would naturally produce. This short-acting insulin helps glucose get to the cells in order to produce energy.

Novolin R is injected under the skin 30 minutes prior to meal time.

Novolin 70/30 is a combination of short-acting and intermediate-acting insulin that improves glycemic control in adults and pediatric patients with diabetes.

It begins to work 10-20 minutes after injection, peaks in 2 hours and continues to work up to 24 hours.