The Discovery of Insulin & Major Milestones in Diabetes History

Life without certain modern medicines would be a death sentence for many. For those with diabetes, this was certainly a reality before the discovery of the life saving drug – insulin.

The research that has gone into insulin has led to many significant discoveries towards the understanding of human biology.

To learn about the history of insulin we need to travel back in time just over 100 years ago.

In this post, we will look into the history of insulin and how it has helped shape the lives of those with diabetes around the world.

Before insulin was discovered, doctors would put patients on drastic life-style changes such as strict low-carb diets which would add only a few years to longevity of their patients. Other treatments even included putting patients on low-calorie diets (as low as 450 calories) which sometimes resulted in starvation.

In 1869, Paul Langerhans, a medical student in Berlin, Germany, discovered a unique collection of cells within the pancreas. These cells would later be referred to as Islets of Langerhans.

In 1889, two German researchers named Oskar Minkowski and Joseph von Mering discovered that animals developed diabetes symptoms when their pancreas was removed. They were initially studying the digestive system. Flies found around dogs urine due to its sugar content. They concluded that “pancreatic substances” or insulin were produced from this gland.

In 1901, Eugene Opie discovered that the Islets of Langerhans produced insulin and the destruction of these clusters of cells would result in diabetes.

In 1910, Sir Edward Albert Sharpey-Shafer found that a chemical was missing from the pancreas of those who had diabetes. He referred to this chemical as “insulin” which derives from the Latin word insula, meaning “island”.

In 1916, professor Nicolae Paulescu had his study halted in World War I after his discovery that an extract from the pancreas lowered the blood sugar in dogs with diabetes. His evidence was later published in 1921. 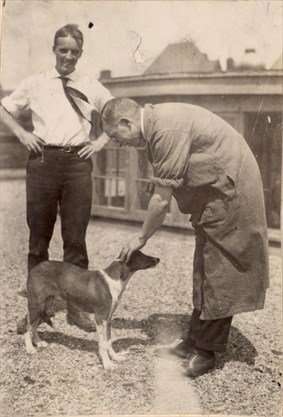 In 1921, a young Canadian surgeon named Frederick Banting and his assistant Charles Best found out how to separate insulin from a dogs pancreas. At the time, colleagues described the insulin as a thick brown mucus but they would soon discovered it to be a life saving medication. One that would save millions in the coming years.

They used their murky concoction on a dog that was suffering from severe diabetes. The dog was able to survive an additional 70 days until they stopped giving it their insulin extract.

Bertram Collip, a biochemist later joined the research team to provide a more purified insulin that was ready for testing on humans. To gain a better understanding on dosage, Banting and Best were the first to inject themselves with the substance. They experienced signs of dizziness, weakness and signs of hypoglycemia.

Eventually researchers with the help of John Macleod and J.B. Collip extracted the insulin from cattle and were able to produce a more refined and pure insulin.

In 1922, the first human trial took place. Leonard Thompson, a 14-year old with life threatening diabetes symptoms received the first injection of insulin. Within 24 hours, the dangerously high glucose levels restore to a normal level. Leonard was able to live another 13 years before his life was succumbed to pneumonia. 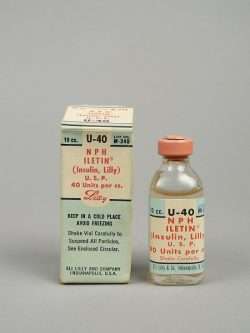 News spread around the world about the life-changing new medicine and In 1921, Banting and Macleod won the Nobel Price for the discovery of insulin. They shared their prize money with their colleagues Collip and Best.

In 1955, Frederic Sanger, British biochemist receives the Nobel Prize for sequencing the first protein. Insulin which was eventually synthesized in 1963.

In 1978, insulin becomes the first protein to be manufactured using biotechnology by Biotech firm Genentech. They would use a recombinant DNA technique to product the synthetic “human insulin”. 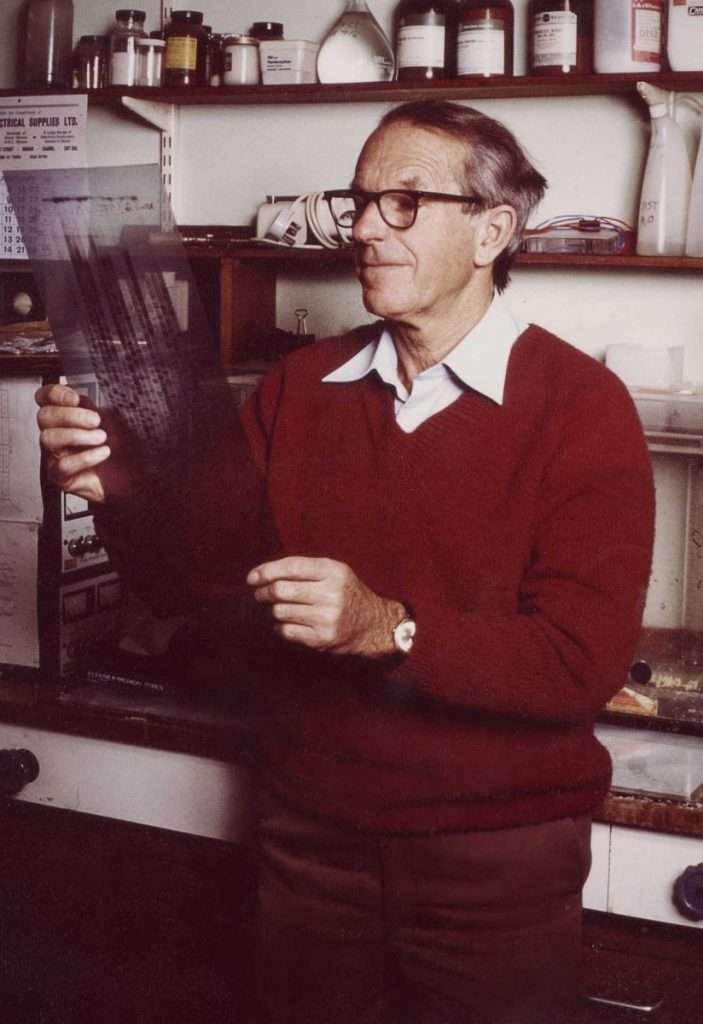 In 1982, a genetically engineered synthetic version was made available which was distinct from the previously used animal-derived insulin which caused allergic reactions.

Humulin, the bio-synthetic human insulin was later introduced by Eli Lilly and made widely available.

In 1992, Medtronic provides a method of delivering meal bolus memory and insulin totals using the MiniMed 506.

In 1996, Eli Lilly markets their analogue insulin lispro under the name Humalog. This genetically modified form of insulin has an amino acid sequence that better absorbs, distributes, metabolizes and excretes.

In 2000, more than 470 type 1 diabetes patients receive islet cell transplantation within the span of 5 years. The procedure kept the patients from requiring insulin provided they take an immunosuppressant drug.

In 2013, An artificial pancreas is paired with an insulin pump & glucose monitor was developed by the University of Cambridge.

In 2015, the iLet is introduced by Dr Edward Damiano which is referred to as the “bridge to a cure”. This bionic pancreas is an autonomous system that leverages artificial intelligence and machine learning to deliver insulin & glucagon every 5 minutes as required.

Thanks to the evolution of modern medicine and research, insulin now comes in many varieties. From ultra-rapid and ultra-long acting insulin, diabetics can receive a formula that suits their personal needs.