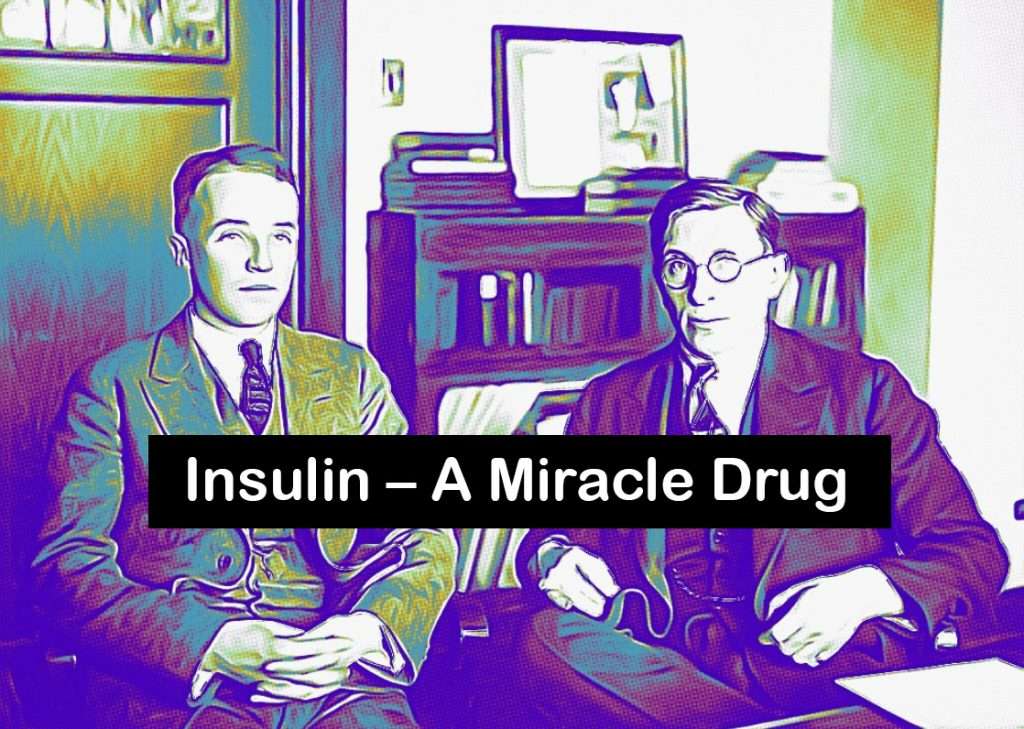 Insulin is a drug most associated with diabetes and has proven to be a miracle drug for persons with diabetes. Improvements in insulin are made on a regular basis as new types arrive on the market and combinations of insulin and medication are blended into one injection.  At some time in the future some of these insulins will be used in a closed loop system where a continuous glucose meter and an insulin pump can communicate with each other and act like the pancreas in the body which is responsible for insulin secretion and normalization of glucose in the blood stream.

Insulin was first discovered in 1921, 100 years ago, by a young orthopedic surgeon named Frederick Banting and his assistant Charles Best.   In January 1922, a 14-year-old boy dying from diabetes in a Canadian hospital, became the first person to receive an injection of insulin. Within 24 hours, Leonard’s dangerously high blood glucose levels dropped to near-normal levels.  He lived a healthy life for 13 years dying of pneumonia at 26 years of age.  Insulin initially came from pigs (Novo Nordisk) and cattle (Eli Lilly and company).  In 1978 the first human, manmade insulin was synthesized by David Goeddel and his colleagues.  Only synthesized insulin is used today as they are less allergenic than animal insulins.

Insulin is a hormone produced by the Beta cells and stored in the pancreas; it is secreted into the bloodstream when the body senses the intake of food and begins to work when it encounters glucose or sugar from the food that is eaten.  Insulin can be endogenous or made by the body or insulin can be exogenous or manufactured. Individuals with diabetes may no longer make any insulin, make insufficient insulin, or can no longer use the insulin that is made.   Because of the different kinds of insulin, it can be administered by syringe, pen or pump. 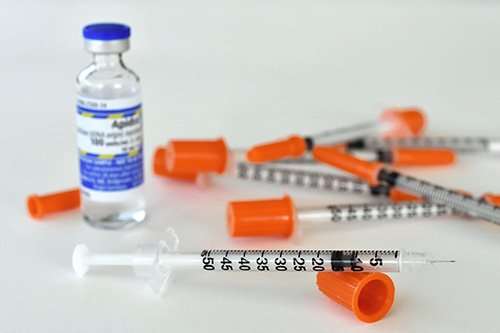 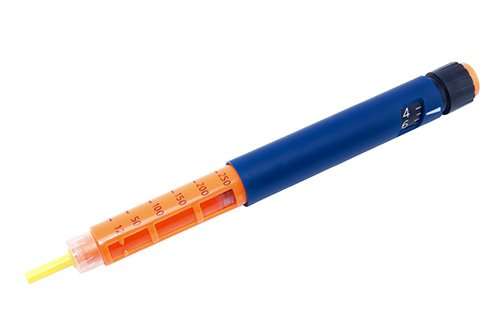 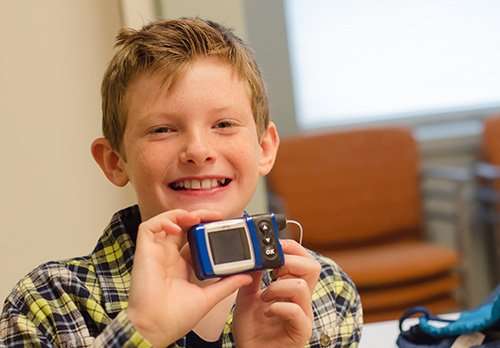 How does insulin work 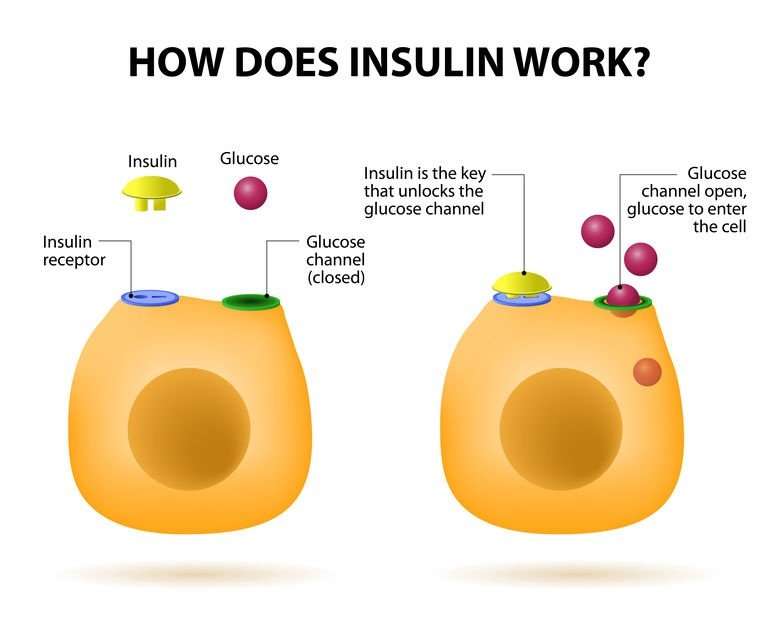 Insulin acts as a key, opening the channels of the cells of the body to allow the glucose in the bloodstream to enter such cells and be used as energy.

What does insulin do: 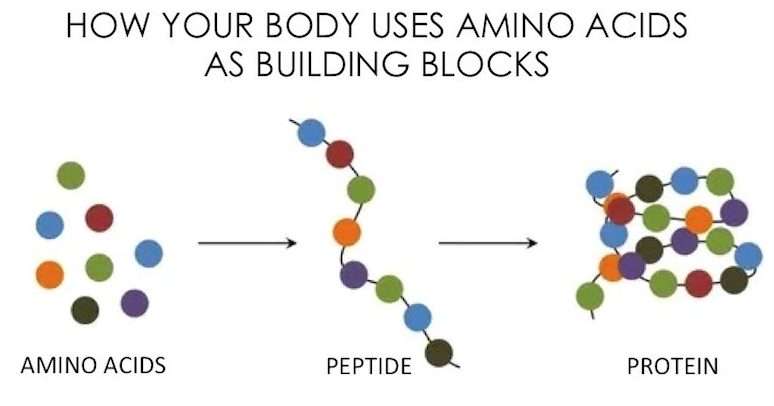 Role of insulin in other parts of the body: 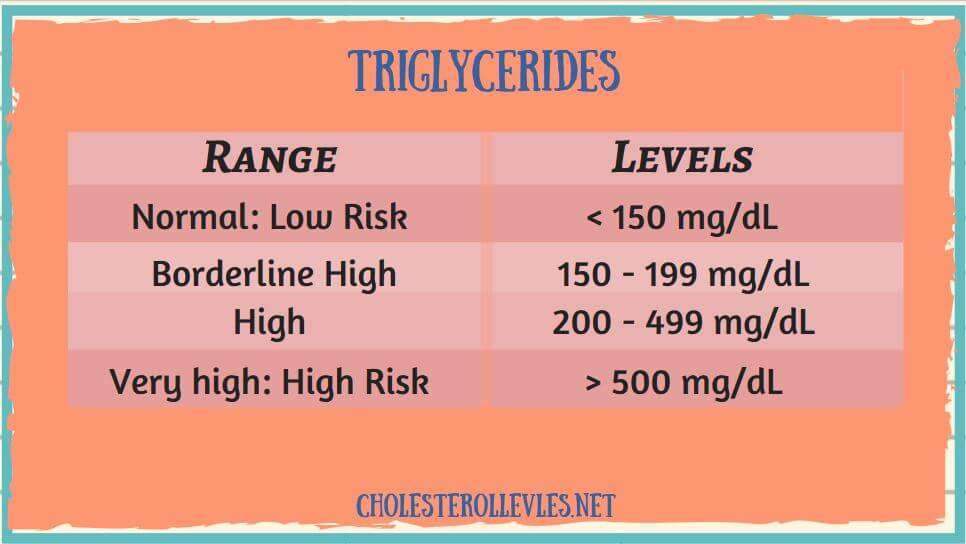 How is insulin used:

The pancreas makes and releases a steady stream of insulin (called basal or background insulin) which regulates glucose [Is glucose produced in the liver and released into the bloodstream when not eating. A spike in insulin (called bolus insulin) is released at mealtimes and snack time to cover the glucose in the food eaten.

The group of persons with diabetes currently on any insulin or insulin and oral medications was about 29.1 % from 2005-2012.  It had risen since 1999-2004 by about 4%. from 24.8%. According to the CDC in 2015, only 14% of adults with diabetes used insulin and 13% used insulin with oral medication.   Duration of diabetes is much greater for those on insulin than those on oral medications.  Age is not a factor in the prevalence of insulin use.  Insulin use is less prevalent among Mexican Americans than whites or African Americans.  With insulin use, 31.4 % of people with diabetes had an HbA1c of < 7% , and 61.7% had an HbA1c of <8 %.

Types of insulin and how they vary:

Five types of insulin are in use, based on how long they work in the body.  Catagories include:  rapid-acting, short-acting, intermediate-acting, long-acting, and mixed.  Some insulins look clear while others look cloudy.  Cloudy insulin must be gently rolled between both hands to remix or resuspend the insulin.  If an insulin is supposed to be clear but looks cloudy, it should not be used.  If you do not know if your insulin should be clear or cloudy, consult with your diabetes educator, pharmacist or physician.

Insulins vary in concentration from U100 to U-200, U-300, with U-500 being the most concentrated.  Concentrated insulins are designed for individuals who need larger doses.  Insulin not only vary by duration (how long they last in the body before their effects are worn off), also (they begin to work) and peak time (when they reach their highest level of action).  The characteristics of various  insulins can be grouped in the following manner:

All insulins are available in a vial to be used in a syringe and quite a few come in disposable or cartridge refill pen format.  Only the 3 rapid-acting insulins, Apidra, Novolog, and Humalog, can be used in insulin pumps.  The pump automatically delivers small amounts of insulin every few minutes acting like a basal dose; as a result longer-acting insulins are not used.  The pump user can additionally provide bolus doses by a press of a button and releasing as many insulin units as needed to cover their meal or snack.

Insulins vary vastly by length of storage time permitted when open and unopened.   When opened this can range from 14 days to 42 days, depending on the insulin and the format (pen or vial). Insulin can be stored at room temperature when opened (56 degrees to 80 degrees).  Store the remainder of insulin in the refrigerator not to exceed the expiration date.  Rotating insulins whether in vials or pens is a good idea so they do not expire before use.  To maximize shelf-life, place insulins on the center shelf of the refrigerator with the temperature being 36 degrees to 46 degrees.  Insulin, when unopened, generally expires after 1 year.