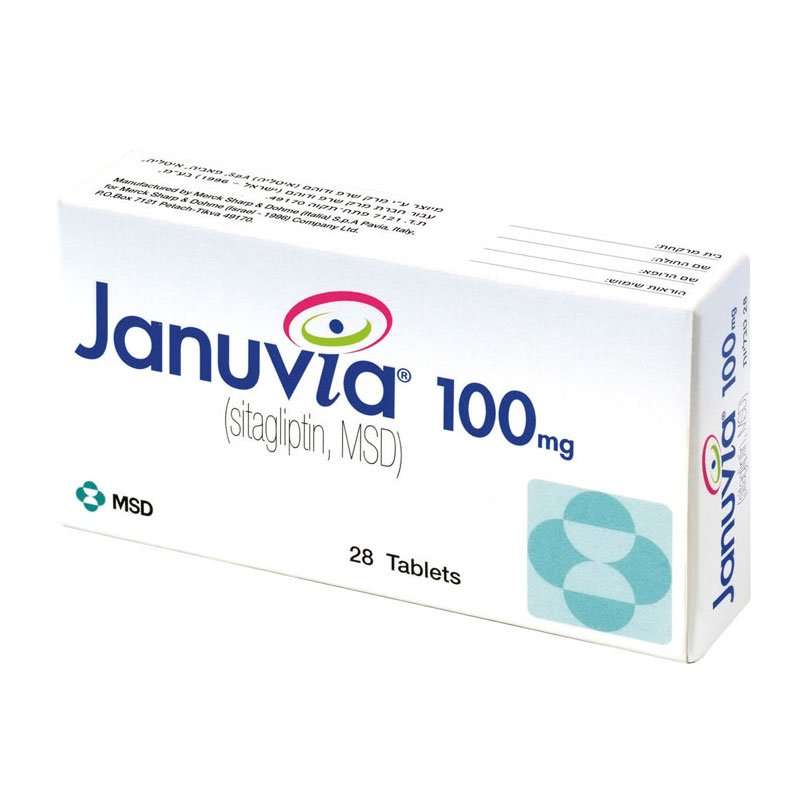 Janumet is an oral medication that includes a combination of two antidiabetic medications, metformin and sitagliptin. It is indicated in adults with type 2 diabetes mellitus (T2DM) to improve glycemic control in addition to diet and exercise. Controlling hyperglycemia prevents downstream complications such as kidney damage, loss of limbs, blindness, heart attack, stroke, or nerve problems. It is important that diabetes remains controlled to lessen the chance of related complications. Janumet is not indicated for the treatment of  type I diabetes.

HOW DOES JANUMET WORK?

Metformin, a biguanide, and sitagliptin, a dipeptidyl peptidase-4 (DPP-4) inhibitor, work together through a complementary mechanism to improve glycemic control. The individual components of Janumet work in the following ways:

Metformin is a biguanide that lowers the production of hepatic glucose, lowers absorption of glucose in the intestine, and improves insulin sensitivity through increasing peripheral glucose. Insulin release does not change with metformin, however, fasting levels of insulin and day-long plasma insulin response can be lowered.

There have been multiple reports of lactic acidosis with metformin use, with some being fatal cases. Onset was typically gradual with symptoms including muscle pain, abdominal pain, drowsiness, and respiratory distress. More severe cases of acidosis included symptoms such as hypothermia, hypotension, and bradyarrhythmias. The signs and symptoms were accompanied by increased blood lactate concentrations, anion gap acidosis, and an elevated lactate/pyruvate ratio. There are multiple risk factors that increase an individual’s chance of developing lactic acidosis while on metformin. Risk factors and subsequent risk reduction measures include:

Both fatal and non-fatal hemorrhagic or necrotizing acute pancreatitis cases have been reported. If a patient experiences any signs or symptoms of pancreatitis, Janumet should be stopped immediately and the pancreatitis should be managed appropriately.

Other DPP-4 inhibitors have demonstrated an association with heart failure. Take caution when using Janumet in patients with a history of heart failure or renal impairment, and monitor therapy closely. If heart failure occurs while taking Janumet, consider stopping therapy.

Studies have shown a decrease in vitamin B12 levels with the use of metformin. Monitor hematologic measures annually and vitamin B12 parameters every 2 to 3 years for patients taking Janumet. If abnormalities are present, manage appropriately with Janumet discontinuation or vitamin B12 supplementation.

Janumet can cause hypoglycemia when used in combination with other products that lower blood glucose, such as insulin. Dose adjustments to insulin may be required to prevent development of hypoglycemia.

Sitagliptin has been shown to cause severe hypersensitivity reactions, including anaphylaxis, angioedema, and Stevens-Johnson syndrome within 3 months of starting Janumet. If these events occur, Janumet should be discontinued and alternative therapies should be explored.

DPP-4 inhibitors have demonstrated severe and disabling arthralgias that subside upon drug withdrawal. If experiencing pain in one’s joints, patients should stop taking Janumet and avoid other DPP-4 inhibitors.

Monitor patients for the formation of erosions or blisters, as there have been reported cases of bullous pemphigoid with DPP-4 inhibitors. Treatment of this phenomenon usually requires hospitalization and immunosuppressive therapy. If suspected, discontinue Janumet and obtain a dermatologist referral.

Carbonic anhydrase inhibitors can lower serum bicarbonate and cause non-anion gap metabolic acidosis. When used concomitantly with Janumet, this combination can elevate an individual’s risk for developing lactic acidosis. Patients that are taking these drugs in combination should be frequently monitored. Examples of CAIs include topiramate and acetazolamide.

Drugs that Decrease Clearance of Metformin

When used in combination with other drugs that can cause hypoglycemia (such as thiazide and other diuretics), the risk for developing hypoglycemia with Janumet is increased. Patients should be monitored for signs of hypoglycemia when on concomitant glucose-altering agents such as steroids, diuretics, and phenytoin.

If you miss a dose of Janumet, take the dose as soon as you remember. If it is time for the next dose at the time that you remember, skip the missed dose and return to your normal dosing schedule. Do not take more than one dose of Janumet at the same time.

Should Janumet be taken long term?

Do I need to take Janumet with food?

Janumet can be taken with food to avoid side effects such as an upset stomach.

If you overdose with Janumet, you should immediately go to the emergency room or contact the Poison Control Center. Overdosing on Janumet increases an individual’s chance of developing hypoglycemia or lactic acidosis.

Avoid excessive alcohol intake, as this increases one’s risk of developing lactic acidosis while on Janumet.

What side effects may occur when taking Janumet?

Common side effects of Janumet include:

What is important to tell my doctor before I take Janumet?